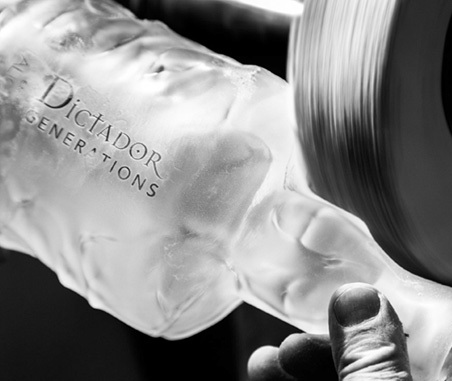 Dictador, acclaimed producer of Colombian aged rum, and Lalique, renowned French crystal-maker, join forces for a collaboration of the century.

To pay tribute to the Parra family who have been distilling rum since 1913, Dictador has called upon two generations, master blender Hernan Parra and his father Dario Parra to create a remarkable aged rum. Christened Dictador Generations, this historic blend is made up of a singular selection of 1976 vintages aged in American Oak and Port Casks.